The Wilson NFL Team Logo Football is slightly lighter than the classic adult ball, and the fact that it features the colorful NFL logo of your favorite team makes it a great ball for kids and teens. It is very robust due to its plastic surface and if it is forgotten in the garden before the rain shower, it doesn’t matter.
The football is an officially licensed NFL product. 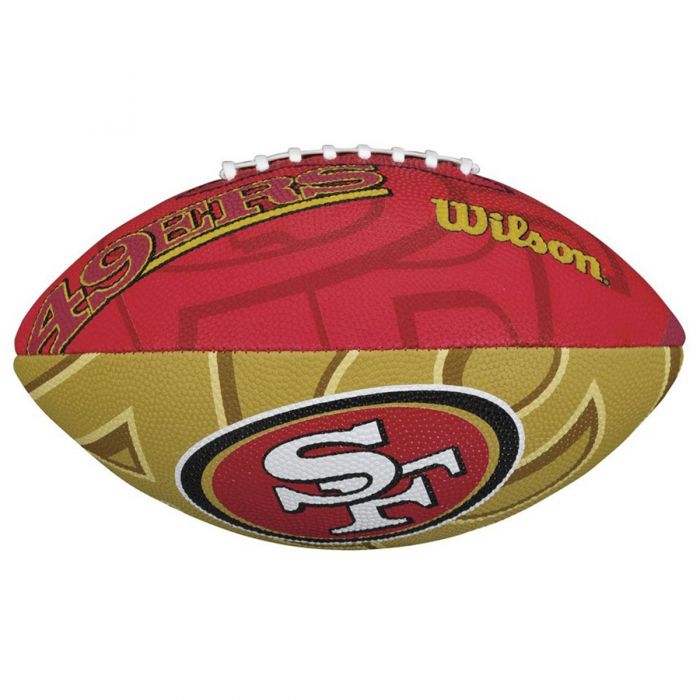