Features:
– It is a mini size american football made of rubber.
– Can be used as a gift and ornament.
– Not suitable for playing matches.
– It has 49Ers print on it. 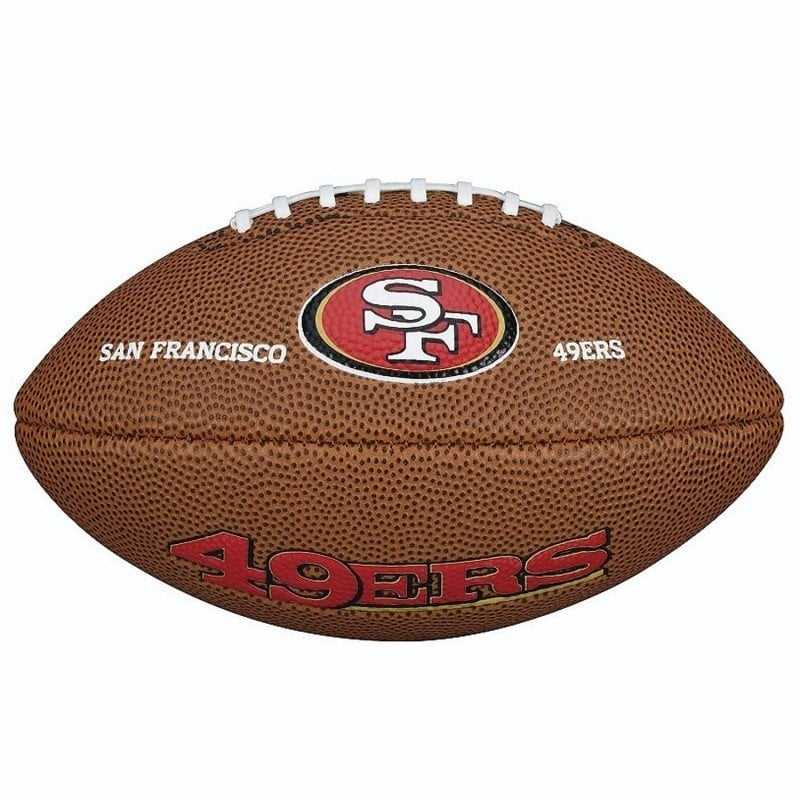